Angela and David Mackay whose family have been growing turf for over 50 years, have made the momentous decision to move to New Zealand.  The couple guided their business, Turfland, through both tough and exciting times in the landscape industry.  Their knowledge and experience has been invaluable in the shaping of Harrowden Turf Ltd.

The fast pace of ecommerce developments, company aquisitions and mergers mean that the last 10 years have  been exciting times for Harrowden Turf, the UK’s largest turf grower.

The Harrowden Group’s interest in turf started with the acquisition of Norfolk based Q Lawns in 2007. This was followed by Lancashire based Turfland in 2010; Edinburgh based Stewartsturf in 2012 and Cambridgeshire based Spearhead Turf in December 2015. The creation of this turf industry powerhouse was engineered by Stuart and Chantall Ridd-Jones;  who earlier this year merged these businesses and brands to form Harrowden Turf.  read more on the merger

The Shaping Of Harrowden Turf Ltd

Stuart and Chantall are both from farming backgrounds and are qualified accountants.  Consequently they have a good understanding of both large scale crop production and the running of a successful business. “We have been very lucky to have worked with some of the most experienced people in the turf industry over the last 10 years” says Stuart. “This has given us great insight into the industry, its challenges and what as a business we need to deliver every day to our customers.” 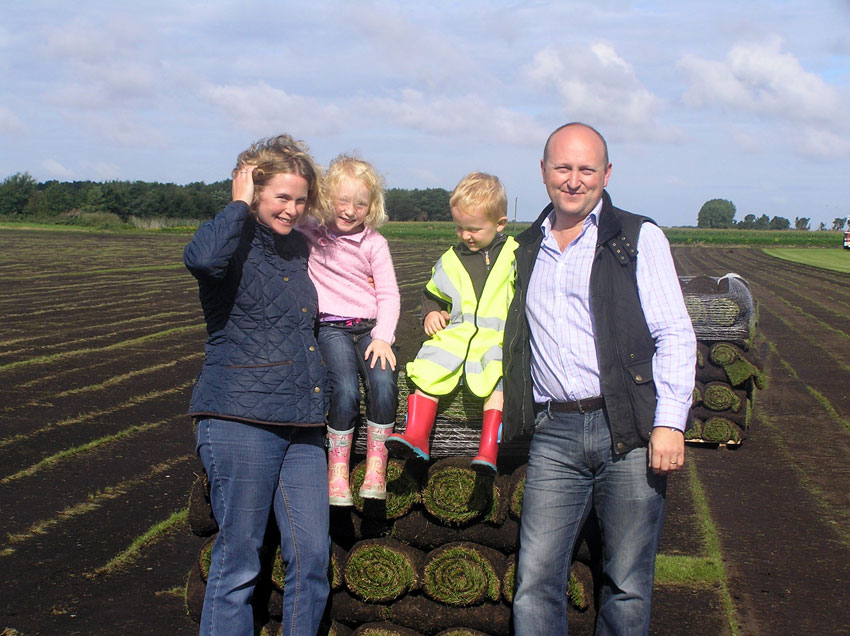 Stuart and Chantall Ridd-Jones with two of their three children.

The experienced team that have helped shaped Harrowden Turf Ltd includes Dave and Angela Mackay from the Turfland business. Dave and Angela were pioneers in the online turf business Turfonline and one of the first turf companies to publish an ecommerce website. The couple recently took the massive decision to return to New Zealand. Dave and Angela took over the running of the family business in 1996. Now, 20 years on and after guiding the business through a great many changes in the UK landscape industry; they have taken the difficult decision to step back from turf production and return to David’s home country of New Zealand.

A Difficult Decision To Make

“How many people have the privilege of doing something they love and get paid for it?” says Dave, “well I can honestly say I have.  I’ve really enjoyed the past 20 years. I’ve learnt a great deal and met some fantastic people. I’m going to be saying goodbye to a great team of people that I’ve enjoyed working with and grown very fond of. Although I’m now looking forward to new challenges and new opportunities I take away some great memories”.

“It hasn’t been an easy decision to make” says Angela. “The business has been a major part of my life since childhood.  But Dave and I now have to think of our family and what’s best for all of us going forward. We have thought long and hard about moving to New Zealand; it’s where Dave was brought up, where we started our life together when we got married and where the family spends time every winter. Two of our three children have reached a break-point in their education which means that now is the ideal time for us to make that move.“

She added “We are leaving the business on a strong financial footing, a fantastic team of people and a loyal customer base. We are proud of what we have achieved over the last 20 years and it’s great to have been part of the development of Harrowden Turf and the ambitious plans Stuart and Chantall have for the business going forward”. 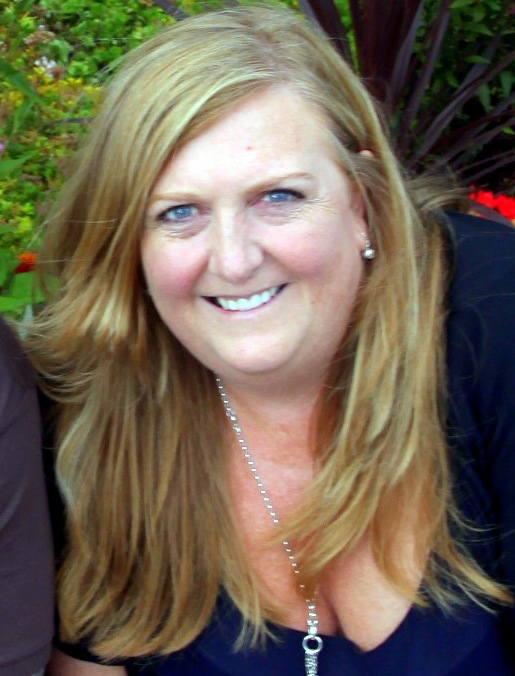 Angela Mackay. Her parents’ started Turfland in the 1960’s. After marrying and starting a family, she returned to the family business and has been successfully running it since 1996.

“Having spent 6 years working closely with Angela and Dave Mackay, we’re truly saddened to see them leave. They will definitely be missed and it will be difficult to replace the level of expertise and experience. However, we wish the whole family well on their new adventure and can’t wait to visit them for a holiday” said Chantall Ridd-Jones.

The departure of Angela and Dave Mackay leaves a fantastic opportunity for the right person at Harrowden Turf;   the role of production manager on the farm near Southport in Lancashire. Applicants for the post are invited to contract Harrowden Turf Ltd on 01832 777100 or email stuart@harrowdenturf.co.uk