Aside from David Spencer who has worked on our Norfolk farm for over 40 years, Colin Brown is quite probably our longest serving team member.

Colin Brown is someone who is in touch with the history and the future of what is now Harrowden Turf’s production unit in Norfolk.  He  started working on the Feltwell farm – then part of the Weasenham Farm Company –  in 1980. That’s  36 years ago!

Changing with the times – a refreshing characteristic in a Norfolk Farmer

If there’s one word to describe Colin, it’s innovative.  Under his management the farm has been able to change with the times.  Despite all of the difficulties faced by farmers with changing consumer habits, increasing demands from supermarkets, lower prices and higher wages; the farm has remained profitable.

The old dairy. Nowadays, the cows have gone and this building and yard is used for storing bagged topsoil and loading turf lorries

Back in the 80’s the farm boasted a dairy unit and a prize winning pig rearing enterprise.  Market forces threatened to turn milk and pork into loss-makers and so Colin and his team changed direction.  In the early 1990’s the pigs and cows left the farm and were replaced by turf.

Colin prefers hiring to firing and likes to think that farm (and office) staff have long-term stable jobs if they want them.  Chris Carr and Brian Walker were looking after the pigs and the dairy respectively.   Today, Chris is Sales Manager for the turf enterprise while Brian is in charge of turf harvesting and despatch. 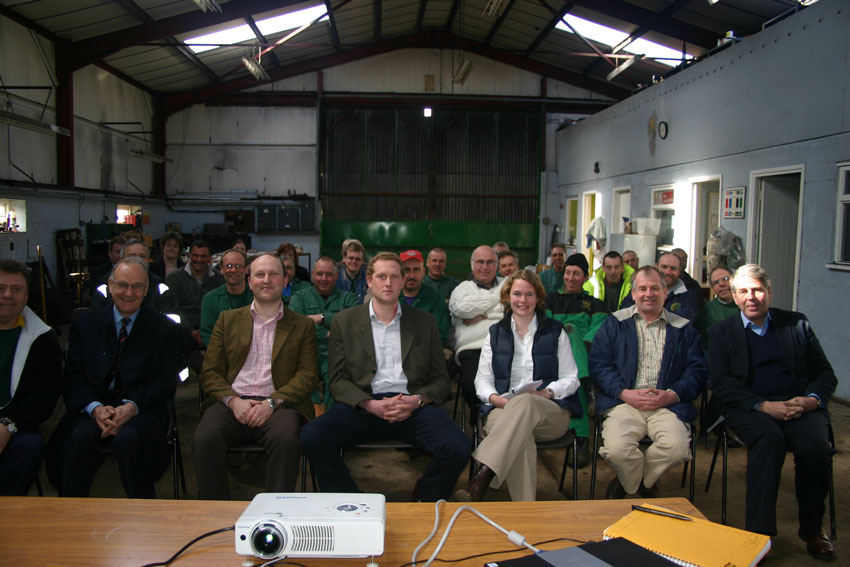 Colin Brown introducing colleagues to Stuart and Chantall Ridd-Jones in 2007. This photo was taken soon after the farm was bought by Harrowden Farms. 9 years further on many of the people are the same and the farm is now a cornerstone of Harrowden Turf Ltd

Some things will never change

Always a farmer at heart, our Mr Brown hates waste. Sometimes however, his efforts to reduce excess expenditure are seen as being overly thrifty.

On the upside, he’s a true advocate for good old fashioned manners. Always polite and respectful; In his world there is no place for bad language. He will always defend the ladies in the office against the occasional unhappy customer who oversteps the mark.

Our Colin is famed for enjoying a glass of port at the works Christmas dinner – but always shares nicely.

Colin Brown: An ambassador for farming and wildlife

Much of the farm’s wildlife conservation programme has been introduced by Colin and gladly embraced by colleagues. There’s barely a soul on the farm who doesn’t enjoy seeing the deer, hearing the birdsong or watching the fish jumping in shrub pond.

A tour of the farm demonstrates that Colin is somebody who puts ethical farming into practice.  Finding a balance between profitability and sustainability is what he tries to do.

He also likes to keep a close eye on changes in the marketplace.  He’s an active member of the Turfgrass Growers Association (TGA) and likes to keep up to date with new innovations in turf harvesting machinery.  Q Lawns were one of the first growers in the UK to adopt the Trebro Turf Harvesters.

On the subject of Brexit and farming – well, he’s keeping his opinions to himself on that one.

In common with a lot of farmers in the area, Colin loves spending what little spare time he has out of doors.  From October to February he enjoys brushing with his flatcoat retriever.   When the weather is kind, he’ll be out on his bike trying to keep trim. And he’s never very far away from his trusty camera;  capturing shots of the farm and it’s wildlife in all weathers.

For several years, Colin was a member of the local Parish Council and still tries to support the local community where he can.  In 2014 he sanctioned a new product, Paschendale Poppy Meadowmat, sales of which raised over £1,000  for the British Legion Poppy Appeal in Feltwell.  http://www.edp24.co.uk/news/turf_grower_donates_1_000_to_royal_british_legion_1_3836455 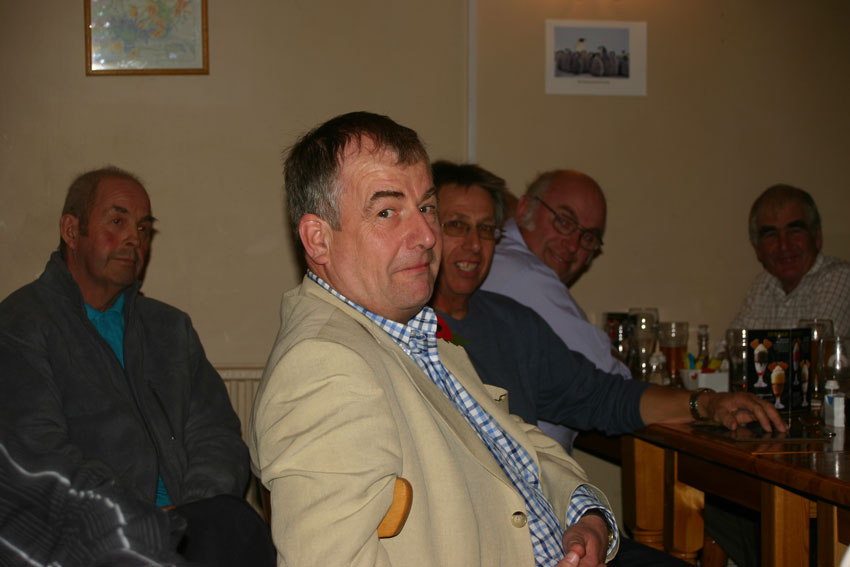