Chris Carr and his 25 Year Career

Chris Carr, Harrowden Turf’s well known Sales Manager recently celebrated 25 years working for the same company.  Here are some of the highlights of his career.

The very best way to sum up Chris Carr’s career is to give you a potted history – as related to his friends and colleagues by Colin Brown.  Colin presented Chris with his gold watch (a tradition at Harrowden when anybody reaches the 25 year landmark).

Chris came to the farm in 1991 to run The Piggery at Shrubhill.  He was going to produce breeding stock for UPB and loins of pork for Marks and Spencer.  This he did for several years until there was a change of farm policy and the piggery closed. 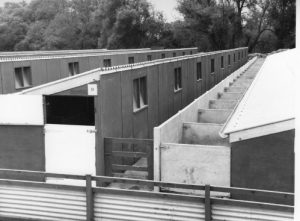 For some really strange reason, when the piggery closed, Chris decided he would like to stay on the fen.  So I (Colin) gave him another job.  Which turned out to be 3 jobs.

At the time, Essex Water had a 5-year option to flood Middle Farm to make a giant reservoir.  Chris was brought in to help with the coordination for the boring and coring of test samples.  At the same time he implemented BS5750 as Deputy Quality Controller.  This became ISO9002 and British Field Products* became the first agricultural company to be ISO accredited.

All this happened when we were developing the possibility of growing turf.  So Chris – ever adaptable – starting mowing, harvesting and selling the turf.  And look what happened….Q Lawns grew from a tiny turf company into a major producer.

Not many of you will know this, but Chris had experience of selling in a previous life.  Extolling the virtues of the Rolls Royce of vacuum cleaners – the Kirby Cleaner.  The job required a lot of chat and home demos.  I’m sure this set him up for a life selling turf.

A key player in the turf industry

Chris has played a key role in developing the Q Lawns business.  He has also been involved with the wider turf industry as Chairman of TGA and BALI raising the profile of our own businesses. 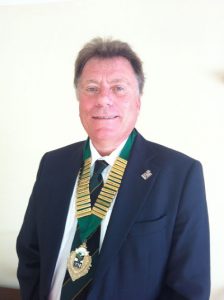 It gives me great pleasure to present Chris with his 25 year watch and to thank him for his personal support and his major contribution to the Company.

*British Field Products was the Farming Company who owned and ran the farm at the time.

More about Chris Carr and his role at Harrowden Turf