Now here’s a man you won’t see very often.  Robert Allen is rarely in the public eye, but my goodness, where would we be without him?

Robert Allen has been growing Enviromat Sedum Matting for a good fifteen years now.  We think he’s probably one of the most experienced growers in the UK.  Around eight years ago, we asked him to help develop a wild flower matting (now known as Meadowmat) and he came up trumps with that too.

Dirty Hands From the Day He Left School

Norfolk born and bred, Our Robert has spent most of his life grubbing about in the dirt.  Before joining Harrowden Turf (then Q Lawns) he worked for a large plant nursery.  Much of his time was spent in polytunnels, growing commercial strawberries.  To this day, he can’t stand the smell of strawberries.  He rarely refuses to eat them though – especially if they’re incorporated in cakes and/or smothered in fresh cream.

Soil, plants, weather and the great outdoors are a big part of Robert’s life.  When he’s not on the production fields he’s usually outdoors somewhere. He’s either in his own garden cultivating potatoes and tomatoes, or he’s on the beach catching fish, or he’ll be walking and training his four gundogs. 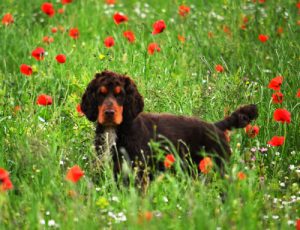 Can be a bit snappy

This guy is a real whizz with a camera.  Many of the landscape and wildlife shots you see on our blogs, websites, brochures and Facebook pages have been taken by Robert. I don’t know how he has the patience to wait for a butterfly or a bee to settle on a flower.  Neither do I understand how he gets deer to pose so beautifully for him in the fields. 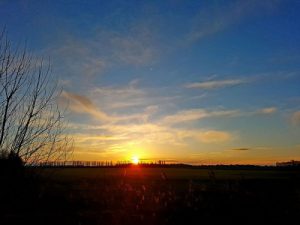 Starting work early in the morning gives Robert the opportunity to take some stunning pictures. This is the sun rising over Harrowden’s farm in Feltwell, Norfolk

For Technical Expertise, Robert Allen is the Best 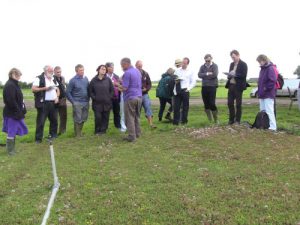 This fella just can’t keep still.  He zooms from one part of the field to the next, from the shed to the office, the office to the machinery workshop.  He’s continually checking that things are being done properly on the field, answering emails, filling out paperwork, balancing budgets and other managerial stuff.  When he’s not doing that, he’s studying wildflower books and thinking up the new seedmixes for new varieties of Meadowmat.  We suspect he’s fuelled by coffee – and we have anecdotal evidence to support that theory.

I could be cheeky here and say “home time” but that would be a lie.  He even works weekends during the spring and summer months, just to make sure his plants do OK in the hot weather.  At a guess, I would say the bit that Robert likes most about his job is problem solving.  He might not agree with me, but for the past 15 years I’ve worked alongside him and I suspect that for all his grumbling, he actually enjoys finding effective solutions for the day-to-day problems that colleagues and customers encounter.   Robert has the kind of  brain that needs to be kept busy – and out of mischief!

Meet the rest of the Harrowden Team